The Only Man in the Room: One Man’s Journey to Healing After Abortion 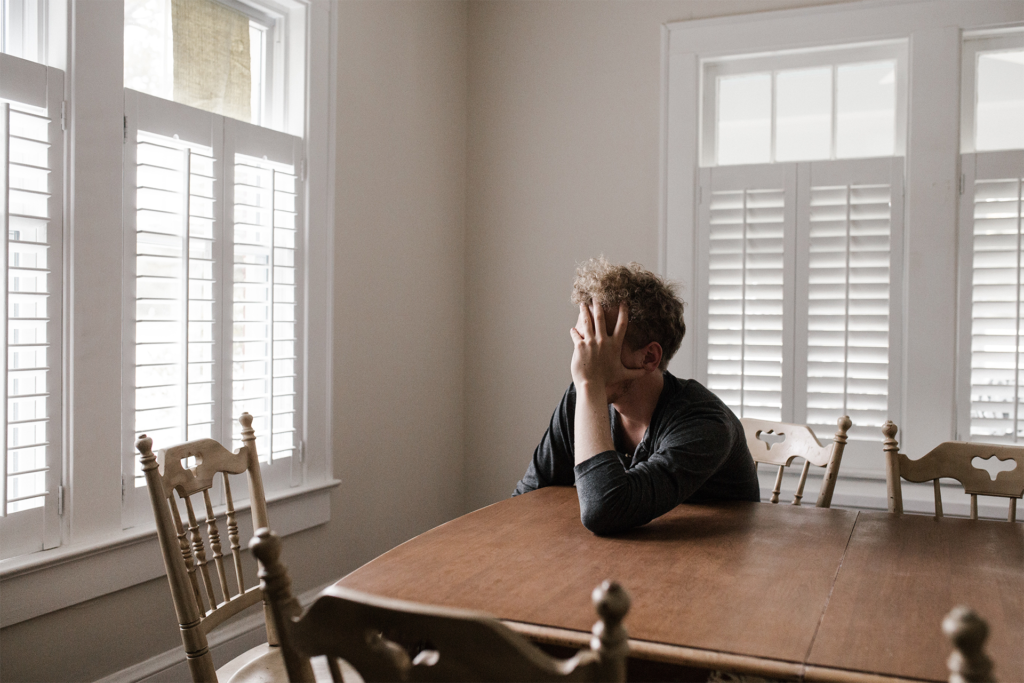 On today’s episode of The Healing Network Live, Dr. Joseph Roebuck, a volunteer with Foundations of Life and a Support After Abortion Virtual Conference presenter, shares his journey to healing after abortion.

“No one enters into a relationship with the intention of experiencing an abortion.” In 1985 Joseph was a student in graduate school and in a committed, three-year relationship. He recounts the memories surrounding the day his girlfriend informed him of her pregnancy. The initial shock was rather paralyzing, leaving him feeling like a deer in the headlights. While his initial reaction was to get married and have the baby, his girlfriend didn’t share his plan.

The Crisis of Conscious

After three years in an intimate relationship, Joseph was emotionally invested and genuinely cared for her. When she told him she didn’t want to get others involved and asked that he not talk to anyone about the pregnancy, Joseph reluctantly respected her and her wishes. Joseph did not speak to his siblings who had been through similar experiences. He did not talk to his parents who could have helped them through the crisis. Joseph recounts the deep crisis of conscious he felt. He was between a rock and a hard place. While he was pro-life, he was also pro-her. He felt conviction. He felt helpless and hostage to the situation.

Men and Women Have Similar Grieving After Abortion

After the abortion, Joseph couldn’t figure out what was “slowing him down.” Something was off, something was wrong–but he couldn’t put his finger on it. He threw himself into volunteer opportunities. Joseph generously poured into others through noble causes like The Special Olympics, Big Brothers/Big Sisters, and even volunteer opportunities at his local church. Despite his academic background and sheer brilliance, he couldn’t use deductive reasoning to connect that his emotional struggles and over-compensating involvement in activities resulted from his unhealed abortion experience.
Joseph shares that while men and women are different, they grieve in very similar ways. “We are actually more alike than we are different.” It is not uncommon for men and women to throw themselves into their work or studies. An insatiable striving for success is a very common way in which individuals who have experienced an abortion tend to cope.

Joseph also noted difficulty in other relationships as well. He always felt he couldn’t be honest or authentic in relationships with family, friends, and even church members. Because his abortion experience was kept quiet, he always felt conviction for a part of himself he kept hidden.

Just as men and women grieve in similar ways, they behave in similar ways, too. It is common for men and women impacted by abortion to experience difficulty in relationships. Intimate relationships, as well as familial or platonic friendships, may suffer. In addition, women often seek redemption. Some women who have experienced abortion express a strong desire to get pregnant again. They believe a subsequent pregnancy, or an atonement baby, would allow them to do things differently.

The recognition of fathers at a Father’s Day service at church was pivotal in Joseph’s healing journey. For years, this special occasion triggered Joseph’s abortion experience and the unhealed hurt. However, one day he boldly stood to be recognized as a father, commanding his soul to overcome years of remaining seated and years of shame for his silent past. That day he bravely identified himself as a father and answered the call to speak about abortion from a man’s perspective. Still on the path of wanting to volunteer as an indirect way to cope with his own abortion experience and help others, Joseph began to pursue volunteer opportunities through Rachel’s Vineyard.

Before Joseph was able to volunteer, he was required to experience healing himself. While he did what he could to avoid this step, his mentor didn’t let up. She encouraged his participation through a variety of means until Joseph finally obliged.

Joseph will never forget his participation in the Rachel’s Vineyard Retreat. Just 1 of 12 people, and the only man—all eyes were on him. Joseph remembers sitting there thinking to himself, “If each abortion experience includes a man, where were they?” This powerful question has stuck with him all these years and has become the fuel for his passion for helping men get connected to after abortion healing.

Joseph likens the healing he experienced as a “scrubbing of his conscious.” His recovery experience opened the door to lifelong healing. His recovery gave his pain purpose. Joseph currently volunteers for Foundations of Life, a Pregnancy Center of Catholic Charities. While Joseph can perform ultrasounds as a licensed Radiologist, his expertise extends far beyond a sonogram. Joseph’s unique perspective as a man who has experienced abortion allows for powerful conversations with fathers who might be in the examination room.

Joseph’s involvement with healing after abortion greatened when he received an invitation from a friend to view our August Support After Abortion Virtual Conference. Compelled by our options-based approaches and the sheer volume of valuable content from various resources, the conference refueled his passion. Recognizing the potential for a real paradigm shift in abortion healing, Dr. Joseph Roebuck is fully-invested in helping connect men to healing. He exemplifies Support After Abortion’s commitment to having a wider conversation about abortion and the impact.

We hope you’ll join us for more groundbreaking conversations on abortion and abortion healing at Support After Abortion’s Virtual Conference. Access for the conference is from October – December 2020.

Dr. Joseph Roebuck is a featured presenter. Don’t miss your chance to hear his unique perspective.