Perfect Mess: Shining a light into the darkness 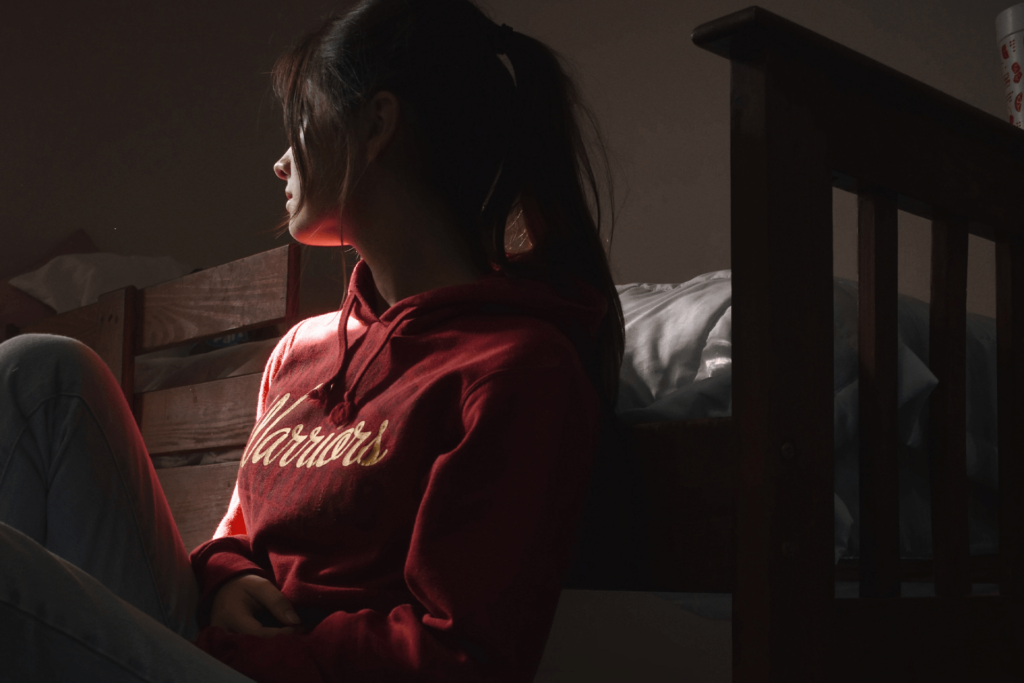 On the Support After Abortion Healing Network’s Facebook Live, Rhonda De La Moriniere, founder of Perfect Mess, vulnerably shares her story of brokenness and how she found freedom and healing after abortion and helps others to do the same.

Virtually every decision we make as adults can be linked to previous childhood pain or trauma. Rhonda’s story is no different. The middle child of five, and raised by her single mother, Rhonda and her siblings were often left to fend for themselves. As a child, Rhonda experienced both neglect and sexual abuse. As a result of the sexual abuse, Rhonda began to believe her body was not her own. She did not seem to have a say in what happened to it. The trauma Rhonda suffered lead to the beginning of unhealthy and destructive behaviors taking root in her life. As many often realize upon reflection, these destructive behaviors manifest into the repetition of poor decision after poor decision until the cycle is broken.

Years later, when Rhonda found herself in an unhealthy, tumultuous relationship and pregnant, she made the difficult decision to have an abortion. Rhonda recounted the immense shame and likened it to the “cardinal sin.” In that moment she intended never to tell a soul of her abortion experience. She planned to stuff it down deep within her soul and move on with her life as if it never happened.

However, after her abortion experience, Rhonda was devasted. She was haunted by nightmares and after abortion grief. Rhonda remembers rationalizing with herself and perhaps even rationalizing with God, saying If I get pregnant again, I can make up for this. Rhonda believed that another baby could be an atonement for the sin she felt she had previously committed. She thought another baby could replace the one that was lost.

Rhonda’s request was granted. She became pregnant and carried her son, Joshua to term. Joshua became her life. Protecting and guarding the life of this child, her atonement baby, became everything to her. It’s as if she believed her pardon and forgiveness were rooted in how well she could care for this child. When Rhonda became pregnant again, she felt the baby might become a threat to Joshua, her atonement. In an effort to protect him and ensure his attention and care would not falter, she chose abortion. Rhonda explains that because she was so numb and her heart was so hardened, having a second and third abortion felt more like minor surgical procedures. Research supports the commonality of Rhonda’s viewpoint, 50% of the women who have an abortion have already experienced an abortion previously.

After years of repeating vicious cycles, Rhonda experienced her breakthrough. Rhonda remembers it all so clearly, so vividly. She was hiding in the bathroom, six months pregnant, with her son Joshua by her side. They hid in fear as her abusive husband pounded on the door, ready to unleash his wrath on her again. In that moment, Rhonda had a profound awakening. Finally able to see things clearly, she thought, What am I DOING? This is wrong. I need to get out. In that moment, Rhonda bravely reached out for help. And with that phone call, Rhonda’s life took a positive turn as the roots of her destructive behaviors began to unravel.

Rhonda started over. Desperate for real, sustained change, she moved and began attending church. Obedient to His call, Rhonda stepped into leadership through Bible studies. When a dear friend within the group lost her baby due to a miscarriage, God asked Rhonda if she was truly ready to heal her heart. Rhonda accepted His invitation and simultaneously enrolled in the church’s support after abortion program. After completing the program, a healed Rhonda began to lead other women through the process of healing. She noted that each time, God was faithful to move her farther along in her recovery. After all, healing is lifelong.

Through her fellowship with the women in her Bible studies, God boldly called Rhonda to share her three abortion experiences, something she had previously intended to never share with a soul. It’s here that God began to reveal the birth of her ministry, Perfect Mess. Her vulnerable share opened doors for the other women to share the messy areas of their lives—it showed how bringing darkness into the light allowed for beautiful growth. God confirmed the importance of her ministry further when Rhonda later found herself in the hospital after suffering a stroke. Rhonda, unable to walk and in need of physical therapy, was embarrassed. She didn’t want visitors. She wanted to be alone. But God called for fellowship, sending the women from her Bible study to support and encourage Rhonda. As God worked to humble her heart, He reassured her of His plan by gently whispering, It’s okay because you’re a PERFECT mess. God’s words of confirmation spoke to her heart in a profound way. In His light, Rhonda was safe to be herself, mess and all.

Rhonda’s ministry, Perfect Mess, is founded on the principle of creating a safe place to share our mess. This safe place can be created when we examine our own hearts. Am I a safe person? How do I see others? If we don’t see ourselves as loved, we won’t see others as worthy of love. Rhonda believes it is necessary to ask God to reveal His truth daily. Lord, reveal the truth of who I am and reveal the truth of who You are. By learning these truths, we can create an environment that is conducive to healing.

Rhonda implements these practices into an early-intervention program in her pregnancy center. She works closely with individuals who have experienced trauma and are more likely to experience abortion in the future. She and her team look for unhealthy roots that might be developing and work to help individuals change course. Perfect Mess ministry works to shine His light into the darkness and facilitate growth and healing.

Lastly, Rhonda shares a powerful piece of scripture that surmises, God is light; in Him, there is no darkness. Rhonda reminds us all that He sees us. He loves us, and He loves our babies. She encourages us to step out bravely in faith and not hold back our hearts from God any longer. Recovery after abortion awaits.