Fear and Desperation: Two Women Share What Drove Them to the Abortion Clinic 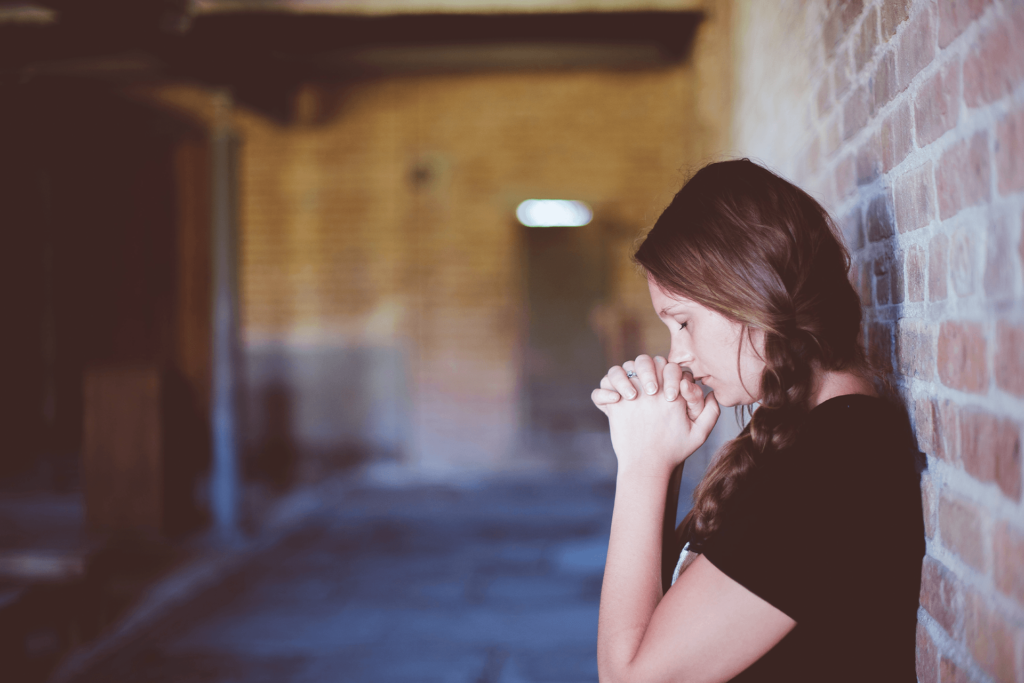 Jessica Russo, Donor Relationship Manager of Embrace Grace, and Nallely Cortes, Client Manager with LoveLive, share their backstories and abortion experiences as a leadup to their powerful session at our Support After Abortion Virtual Conference on Humanizing Abortion.

At first mention, the stories of Jessica and Nallely seem to vary greatly. But as with most things, upon closer inspection, we begin to see how these two women are more alike than they are different. While they came from households of differing degrees of faith, both women were alike in that they found themselves unexpectedly pregnant as teens. And although one chose abortion, and the other chose life—they both turned to abortion clinics in moments of fear and desperation.

Jessica recounts the crippling fear of learning she was pregnant at 16. She remembers being in shock and unable to process it. Jessica convinced herself that abortion was the answer. An unexpected pregnancy would result in her singlehandedly destroying her relationships with her family, her parents, and her church. Jessica didn’t receive any pushback from the father. He and his family had high expectations for his future, and a baby wasn’t a part of it. So, out of fear and desperation, Jessica went to an abortion clinic. She remembers the counselor at the clinic confirming her decision stating, “You’re making the right choice. You’re saving your family a lot of trouble.” And for a time, Jessica believed her. She believed she was trouble. She believed that she made a brave decision to spare her family trouble.

But one year later, Jessica found herself pregnant again. While this father may have been supportive in keeping the baby, Jessica wasn’t going to let someone else decide. She alone was going to decide. She shares her thinking process at the time, “If I don’t abort this one, then the first was for nothing.” So to save her family of trouble once again, Jessica numbly chose abortion.

Nallely learned she was pregnant at 14; her mother learned 4 months later. A few days after, during the brief pause of a red light, Nallely’s mother asked her a life-changing question. “If I asked you to have an abortion, would you?” Not even really knowing what an abortion was, Nallely responded boldly and without question, “NO.” She remembers her Catholic mother crying. She remembers her mother being embarrassed by her. She also remembers her stepfather wanting to throw her out. She remembers her mother wanting to throw her boyfriend in jail. While Nallely was terrified by the circumstances surrounding her pregnancy and wondered if she was throwing her life away, she did have her boyfriend’s support.

Nallely honestly shares how it took her 7 months to love the baby growing inside of her. She shares how she had previously laid on her stomach and instructed her baby to “just get out of my stomach.” Even though she struggled, her boyfriend supported her, offering to take care of their baby even if Nallely didn’t want her. He offered to care for their child and allow Nallely to live her life, if only she would continue to carry their child to term. It wasn’t long after this that Nallely gave birth to Andrea and fell in love with her.

Although Nallely didn’t have an abortion herself, fear and desperation also lead her to an abortion clinic. By the age of 19, Nallely was the mother of 4 children under the age of three. Because she was undergoing difficulties with her partner and felt he might leave her, she threw herself into her work. Nallely earned a Medical Assistant degree and worked tirelessly to provide for her family. When she was offered a raise of only $0.16, she decided to look elsewhere for employment. She was fearful that she would be unable to put food on the table for her children. She was fearful that her partner might leave, and everything would fall on her shoulders. Nallely was desperate for a job, a good job that would fully provide.

Qualified to be a receptionist, Nallely applied for a position at a clinic. Still not fully aware of what an abortion was, when asked her stance she replied, “I want to help, I won’t judge.” And with that, Nallely was offered a job starting at $1.50 more than her previous job. Her time at the clinic was full of incentives and bonuses. She quickly moved through the ranks and earned additional training and certificates. While the fear and desperation that had led her to the abortion clinic had disappeared, Nallely’s experiences at the clinic were beginning to stir up doubts within her. Be sure to attend her live session at our virtual conference to learn more about her internal struggle and what she did to confront it.

Given their positions within pro-life organizations, Embrace Grace and Loveline, it’s clear that both Jessica and Nallely experience a turnaround. Both women work to help women like the younger versions of themselves. To find out more about their journeys and how they ended up where they are, be sure to attend our Support After Abortion’s Virtual Conference! Available October – December 2020.