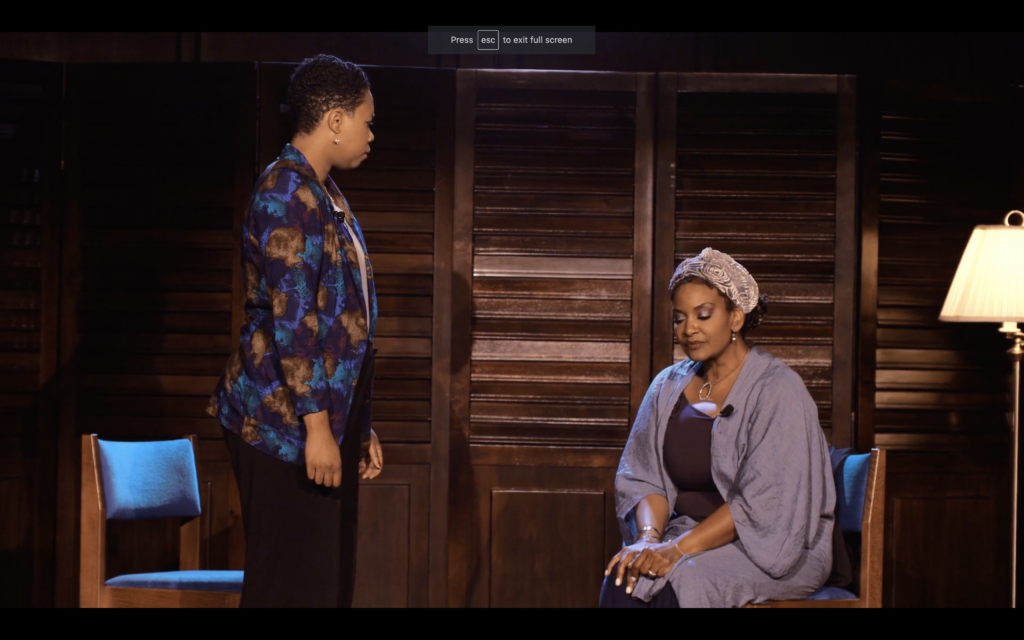 Lisa Rowe, CEO for Support After Abortion, and Gisele Gathings, lead actress for the play, Viable, discuss the play, and the impact it carries for women and men seeking abortion healing. Viable is a one-act play, with a simple-but-powerful storyline that portrays one woman’s journey through attempting to protect her own emotions of trauma, pain, anger and guilt after abortion. Through heartbreak, grief and sorrow, the main character Judy, finds healing through grace, mercy and forgiveness in a most unconventional way.

Gisele has always had a passion for theater and music. From a young age, she remembers her father teaching her the art of photography, and it was this love of art and theater that led her to the play, Viable. While Gisele is also an engineer, it is important for her to utilize her creative talent to tell a story that will impact millions of women and men throughout the United States. Support After Abortion knows that 1 in 4 women will have an abortion by the age of 45, and 9 out of 10 women do not know where to go for help. To learn more about Support After Abortion’s Consumer Research into women impacted by abortion, watch this previously live webinar. The main character of Viable is Judy, and like Judy, millions of women in the United States, suffer silently after abortion. Some common emotions experienced after abortion include, but are not limited too, depression, anger, shame, and regret. Additionally, as depicted in Viable, relationships are impacted by abortion as well. “Judy” and her husband, “George” experience a lack of trust, anger and distaste for one another because of the pain and hurting that happens after abortion.

As an experienced actress, Gisele’s favorite part of each role is getting to know, and understanding her character. Understanding her character, “Judy”, sent Gisele on a healing path of her own to face past trauma and pain. Gisele states, “that while she has never been personally impacted by abortion, the heaviness and pain of Judy’s secret could be felt as wearing, tiring and cumbersome.” As Gisele entered, Judy’s world of denial, she felt the sadness that comes from this suffering and felt the desperation for healing after abortion. Both Lisa and Gisele agree that healing starts when women and men feel safe enough to share their abortion experience and safe enough to have courage to take the first step towards healing. In one of the many virtual healing groups offered by Support After Abortion, men and women are met with compassion to begin the healing process from pain to restoration and wholeness. Viable, beautifully portrays this healing process and communicates the message, that with compassion and forgiveness, women and men can experience healing from the pain, shame, and anger after abortion.

Pastors and clergymen in churches across the country have the opportunity to offer abortion healing to the millions of women, men and families that are impacted by the adverse effects of abortion. Starting this conversation and creating this space can be difficult and uncomfortable because the issue of abortion has been heavily politicized. Viable, is not about the legality, constitutionality, or the politics of abortion therefore making it the perfect way to compassionately start the conversation of abortion healing within a church.

If you or someone you know has experienced abortion, you’re not alone. Support After Abortion meets you where you are, with acceptance and without judgment. We care for men and women who experience loss, regret, anger, depression and suicidal thoughts from abortion. If you’re ready to start your healing journey, we are here to help you confidentiality and anonymously. Call or text Support After Abortion at 1-844-289-HOPE, or visit our website for a complete list of virtual groups at https://www.supportafterabortion.com/virtual-support-groups.com